Biodiversity and Ecosystem Function in Forests 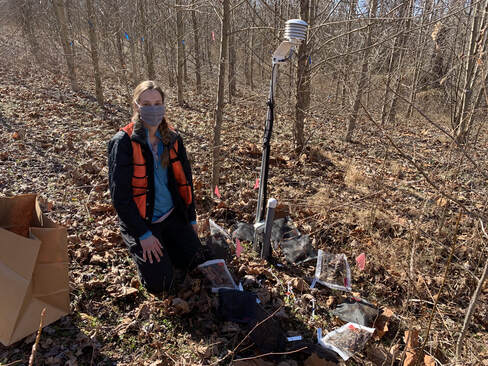 Leaf litter decomposition at home and away, alone and in mixture

1. Plot diversity:  will leaves decompose differently in monoculture plots compared to polyculture plots? ​
2. Litter origin: do leaves grown in plots with high species diversity decompose differently than conspecifics grown in monoculture?
​3. Earthworms: by allowing earthworms (some of which are invasive) to access a subset of the leaf litter we can determine if they are preferentially feeding in these forest plots.